Quality control is a constant challenge in food science and technology. High resolution proton NMR spectroscopy has been extensively used to characterize liquid foodstuffs, but due to the high cost of large superconducting NMR systems these methods have largely been limited to research labs.

The Spinsolve benchtop NMR spectrometer can be used to analyse commercial liquid food samples. It is worth noting that NMR can measure samples that are cloudy, coloured or bubbly, and does not require the traditional sample preparation of other analytical techniques. The samples can be taken straight from their containers and scanned without any further purification, dilution or other treatment.

The graph below shows how the measured values correlate with the labeled fat content for milk and cream samples with different fat contents. 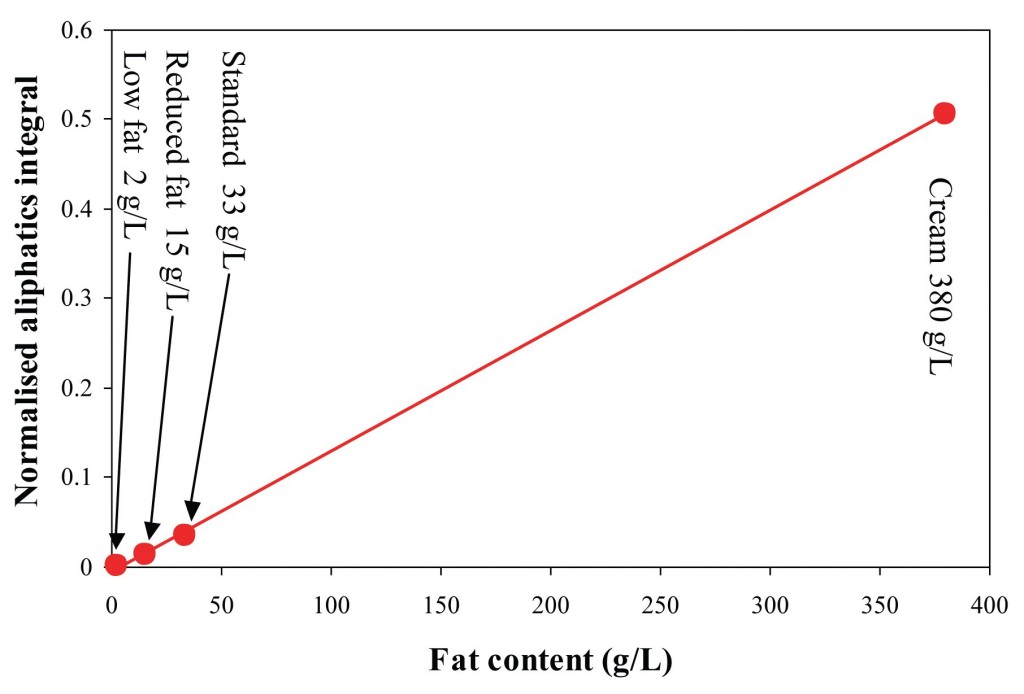 These oils derived from different food sources contain a mixture of organic molecules which show strong differences in their ratios of saturated and unsaturated hydrocarbons. The functional groups associated with unsaturated fats are the carbon-to-carbon double bond called olefins (or alkenes) and the CH2 group between two double bonds (linoleics and linolenics). The table below shows the measured composition of different cooking oils.

Ethanol shows a typical signature in the NMR spectrum, as shown below for different alcoholic beverages. 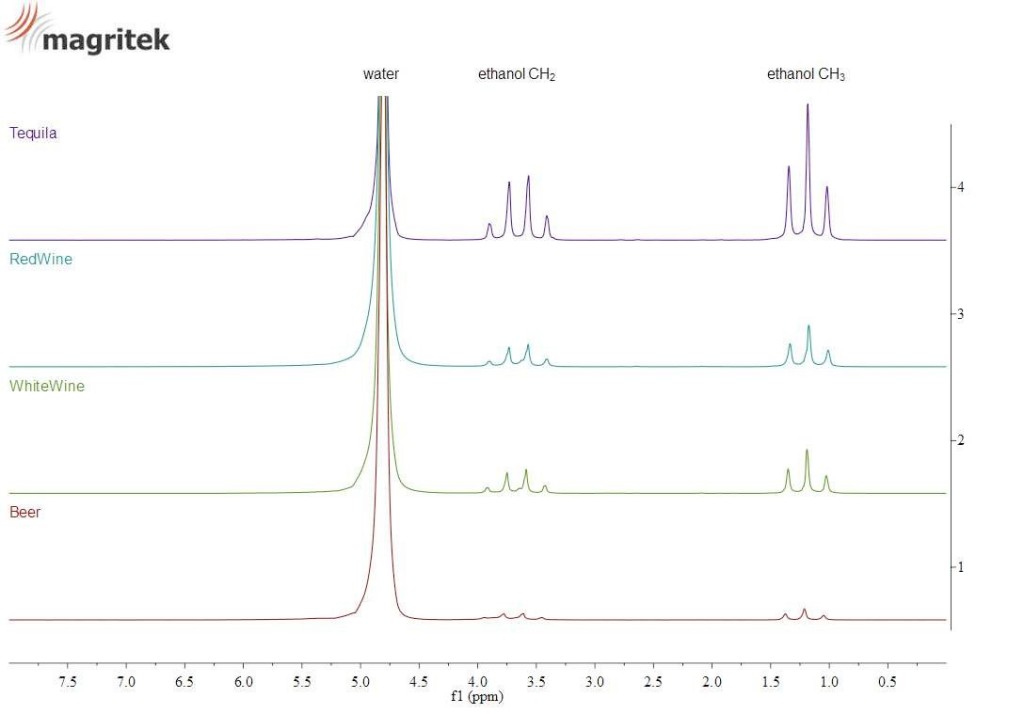 This signal can be used to measure the alcohol content of an unknown sample.

In industrial processes it is important to monitor the fermentation progress, as uncontrolled fermentation through contamination can spoil entire batches of a product. Most analytical methods require the sample to be clear and/or purified, or dissolved in a deuterated solvent. The analysis with Spinsolve is different, as the sample can be taken straight from the vessel without further processing.

The figure below shows the NMR spectra of fresh apple juice, as well as apple cider from wild and controlled fermentation after 10 days of fermentation. The juice and cider spectra are dominated by the prominent water peak, but the vertical expansion by a factor 50 reveals the presence of smaller peaks, which can all be assigned. In order to aid peak assignment, the spectrum of a 99% ethanol/water mixture is shown as well. 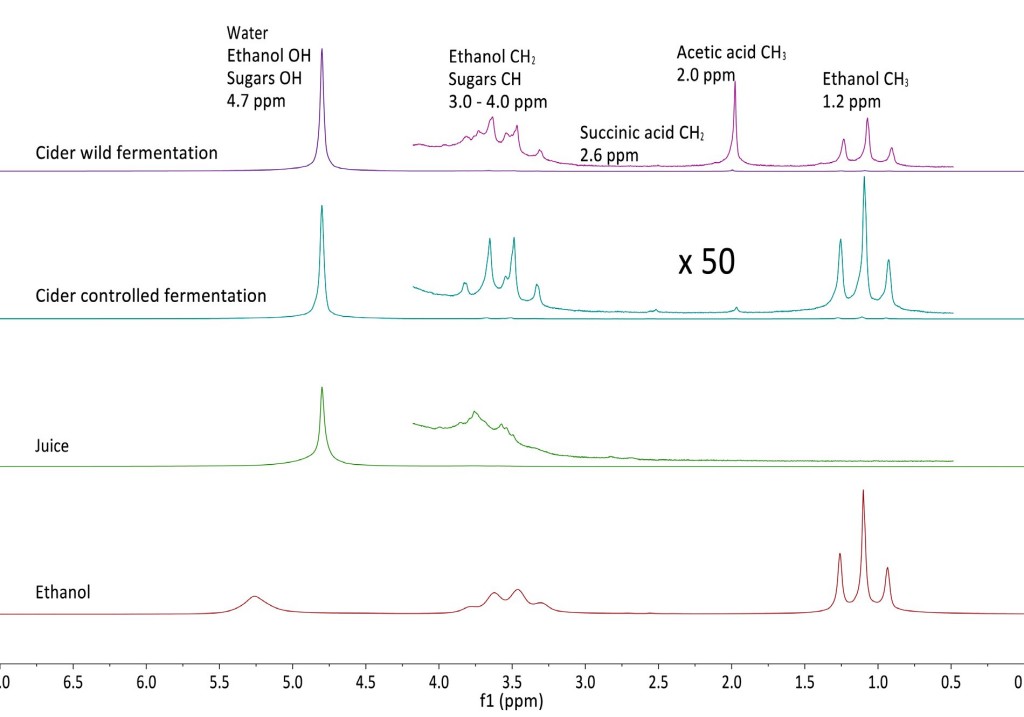 From these data it is evident that the wild fermentation produces large amounts of acetic acid as an unwanted byproduct. The graph below shows the time evolution of both controlled and wild fermentation with the respective product conversion rates. 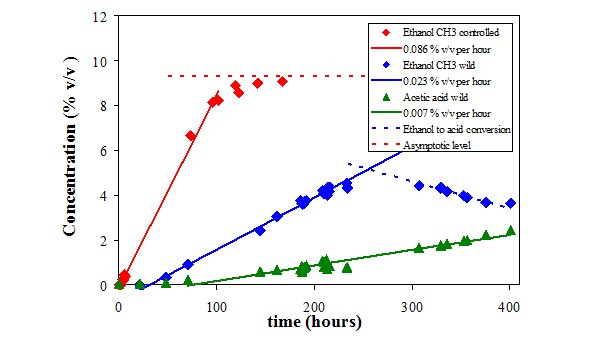