The Spinsolve ULTRA is able to suppress multiple solvent peaks (up to 3 separate peaks) which allows you to resolve compounds dissolved at sub-millimolar concentrations in protonated organic solvents, such as ethanol.  While single peak solvent suppression is useful for samples where water is the solvent, many organic solvents have multiple strong NMR peaks.  If you want to resolve or quantify compounds dissolved in an organic solvent, the ability to suppress all the solvent peaks is very useful as shown in Figure 1 below. 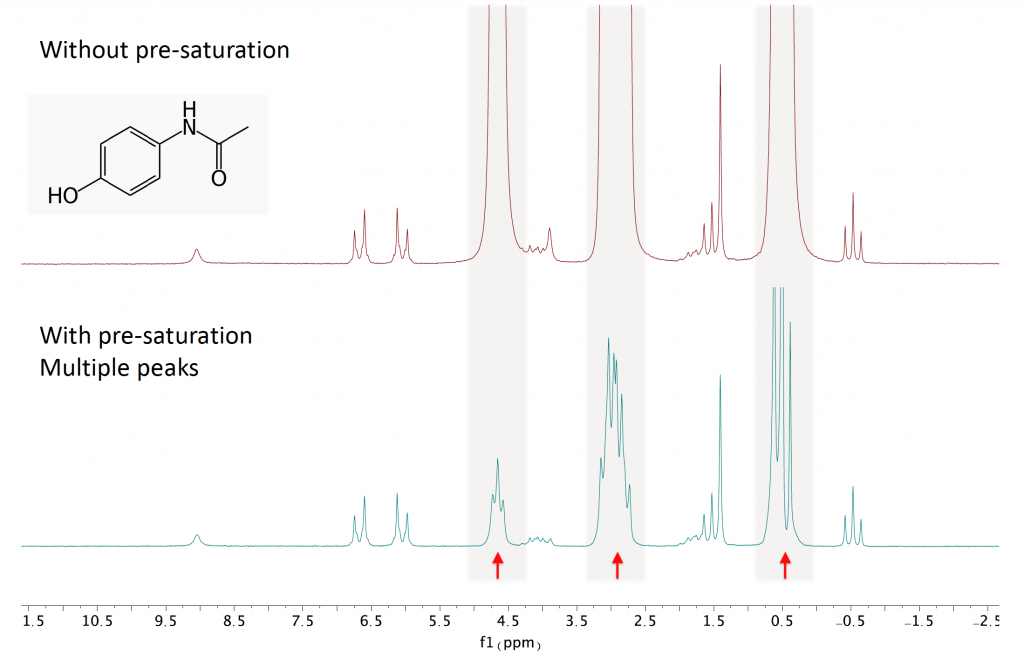 Figure 1: The image above shows a zoom of 1D proton spectrum of 170mM Paracetamol dissolved in normal protonated Ethanol acquired on a Spinsolve 60 ULTRA (top, red). The second spectrum (bottom, blue) shows the same sample acquired with multiple peak solvent supression at the frequencies indicated by the 3 red arrows.

In Figure 1 you can see the solvent suppression is able to reduce the three Ethanol solvent peaks to a level similar to the dissolved compound and the 13C satellites of the peak. The suppression of the carbon satellites is a topic we will discuss in the next post.

This experiment is particularly useful for online reaction monitoring, where running the reaction in a deuterated solvent would be prohibitively expensive. There are also many liquid products in the chemical industry where the solvent is organic and this experiment would be very useful for QA/QC or quantitative NMR measurements.