The Attached Proton Test (APT) is a very useful experiment that, like DEPT, provides information about how many hydrogens or protons are attached to a particular carbon atom. Both DEPT and APT do this by “editing” the spectrum so that the carbon signals point either up or down depending on the number of attached hydrogens. APT differs from DEPT in several significant ways, though. The first is that quaternary carbons (i.e. carbons that bear no hydrogens) are retained in the APT spectrum, whereas they are absent in DEPT (though there are variants of the traditional DEPT experiment that do retain the quaternary signals). In APT, quaternary and methylene carbons point down by convention, while methyl and methine carbons point up. Figure 1 shows a comparison of a conventional carbon, APT and DEPT-135 spectra of a sample of propyl benzoate. 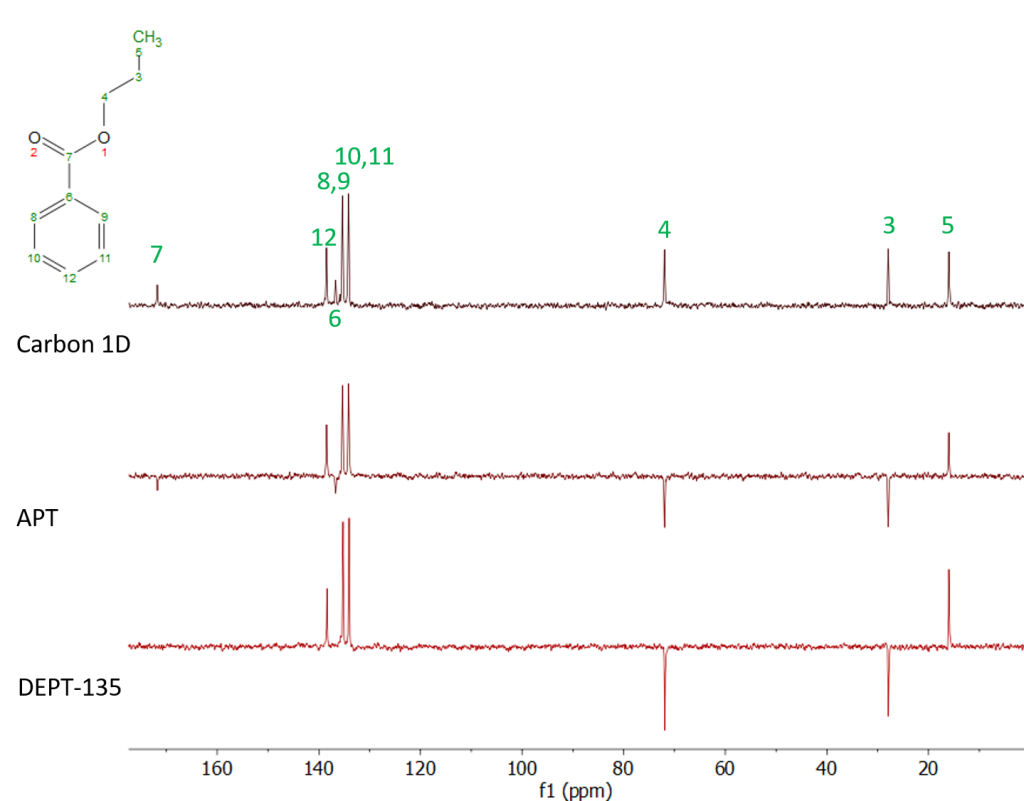 Fig. 1. Comparison of conventional carbon, APT and DEPT-135 spectra of neat propyl benzoate. Each spectrum was collected on a Spinsolve 43 Carbon system using 76 scans and a repetition time of 4 s, giving a total experiment time of 5 minutes.

Another way in which APT differs from DEPT is that DEPT utilises something called polarisation transfer (the “PT” bit of the DEPT name), whereas APT does not. Polarisation transfer is beyond the scope of this article but interested readers can find descriptions of it in any number of good NMR textbooks.1 The key point is that polarisation transfer enhances the intensity of the carbon signals, meaning that DEPT is the more sensitive of the two methods. However, the fact that APT provides the multiplicity information without the loss of quaternary carbon signals means you only need to collect one spectrum instead two, which makes it a useful alternative to DEPT in many cases.