In my last blog post I introduced silicon NMR on Spinsolve and showed a variety of 1D 29Si{1H} and 29Si-1H DEPT spectra. In this post I’m moving on to talk about some 2D experiments that are useful for silicon studies. One of the most useful and widely used of those is the 1H-29Si HMBC experiment, which correlates proton and silicon chemical shifts over two or more chemical bonds. For example, Figure 1 below shows a 1H-29Si HMBC spectrum of the 1,1,3,3,5,5-hexamethyltrisiloxane sample I used before, collected in around 17 minutes. The 1H spectrum is shown along the horizontal axis of the 2D spectrum, and the 29Si spectrum is shown along the vertical axis. 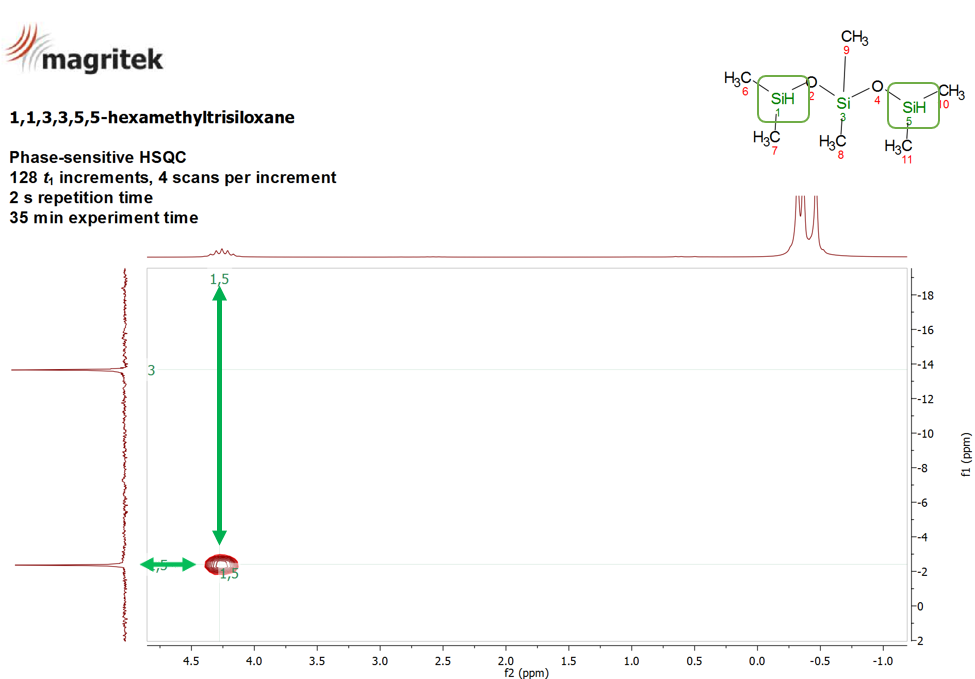 In this short blog post, I’ve shown just a small sample of the 2D spectra I collected on the Spinsolve Silicon system; more spectra covering a range of silicon-containing compounds will be available on the Magritek website very soon. Of course, if you’re interested in the Spinsolve Silicon system and/or have some samples you’d like us to collect data on then let us know!